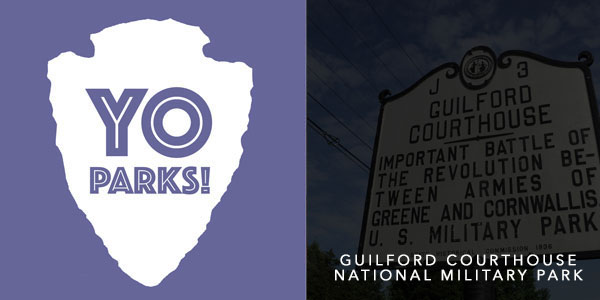 Each post in this YoParks! series will feature an interview with a National Park ranger or historian. My hope is to spread the word about our amazing National Park system and encourage you to visit a park near you! Today’s YoParks! post features Guilford Courthouse National Military Park. 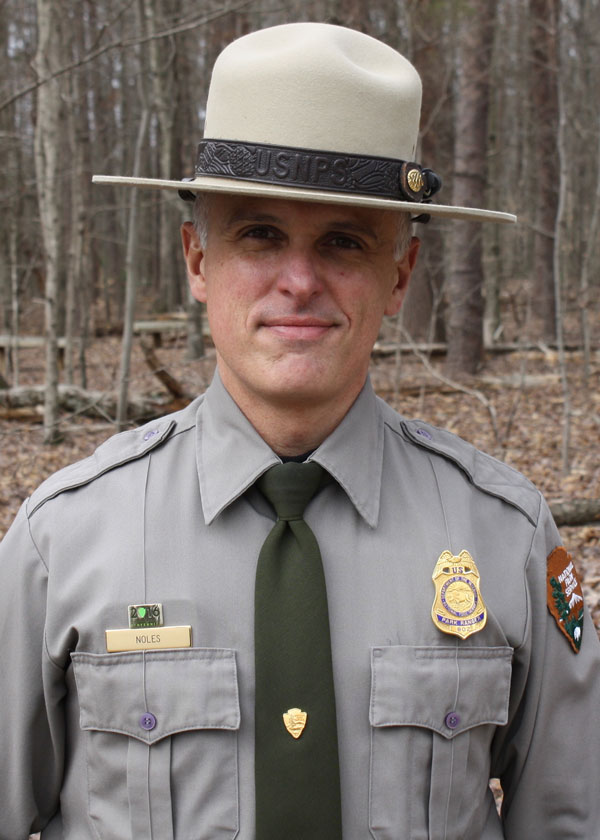 What is your name and how long have you been at the park? My name is Vance Noles, Chief Ranger at Guilford Courthouse National Military Park. With sixteen years of experience working for the National Park Service, I oversee the park’s divisions of Visitor & Resource Protection and Interpretation & Education.
​ 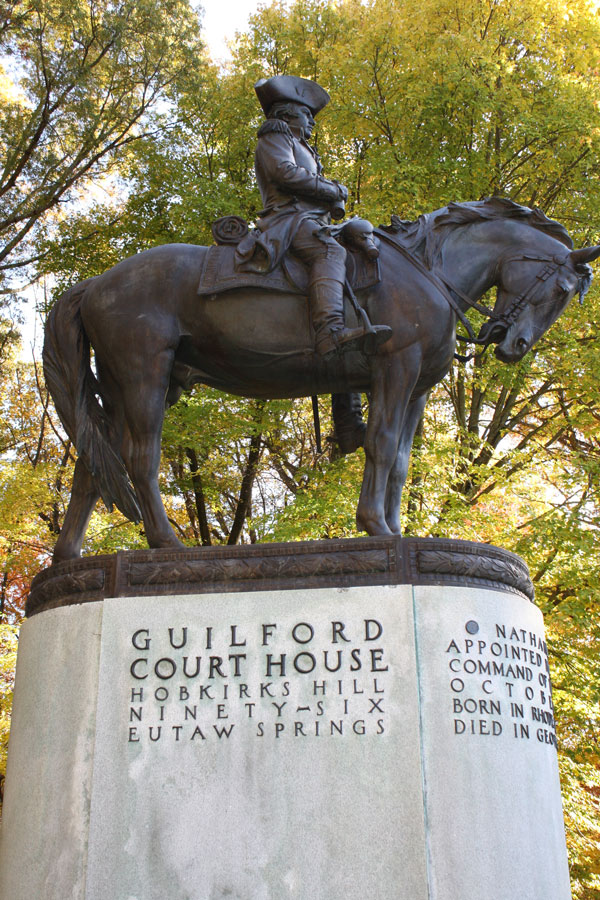 When did your site become a National Park and what role does it play in American History? Guilford Courthouse National Military Park was established on March 2, 1917. It was initially administered by the U.S. War Department, and on August 10, 1933, transferred to the National Park Service.

Though tactically victorious, more than 25% of Cornwallis’s men were killed, wounded, or captured in battle, whereas Greene’s retreat resulted in a strategic victory for the Americans. The battle effectively ended the British Army’s southern campaign and led to the surrender of Cornwallis at Yorktown. 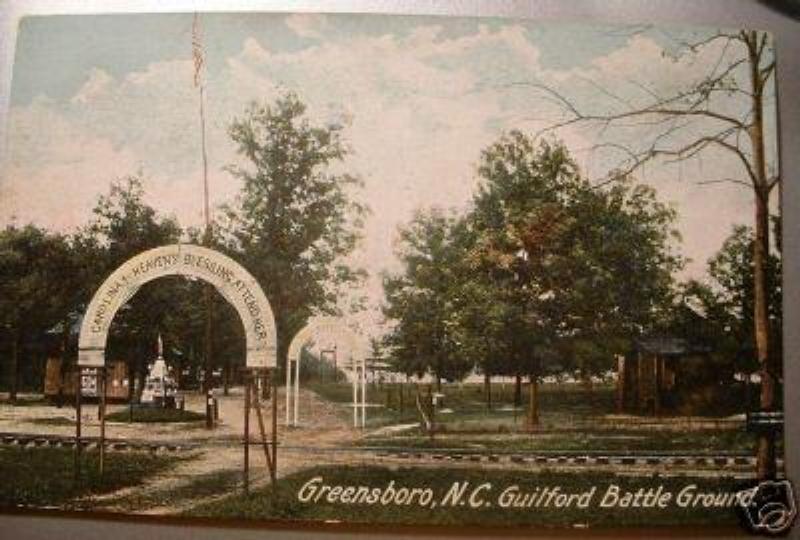 What is your favorite fun fact about your park? Preservation efforts continue today, and the park’s acreage has grown substantially since its inception. There was, however, in the past, a drive-in movie theater and a go-kart track within areas of the park which are now protected- both of which have been removed. 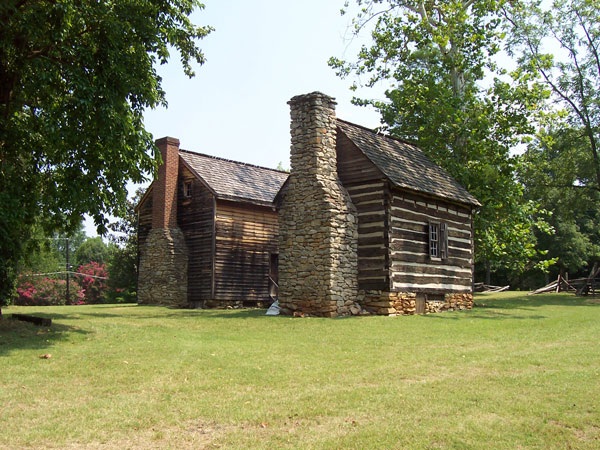 When planning a trip to visit your park how much time should someone allow? Are there any special events coming up at your park? I’d recommend two to three hours to explore the park’s history. We have special events throughout the year, the largest of which is our anniversary of the battle in mid-March. Check our website at www.nps.gov/guco for upcoming events. 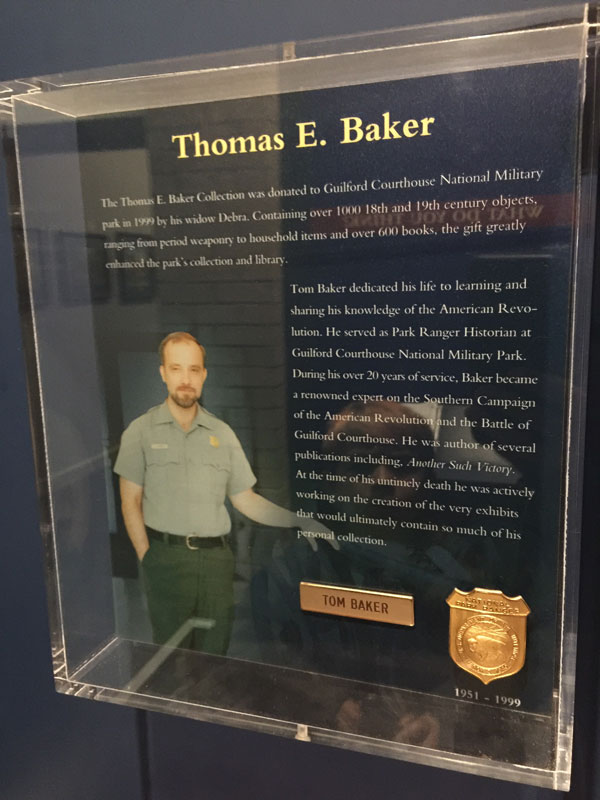 When we visited your park we were deeply moved by the museum collection and the special display about Park Ranger Thomas E Baker. Can you tell me more about him and his passion for the Southern Campaign? I never had the opportunity to meet Mr. Baker, but his influence as the park’s historian is still felt today. His book Another Such Victory is still regarded as one of the best modern accounts of the battle thirty-five years after its publication. 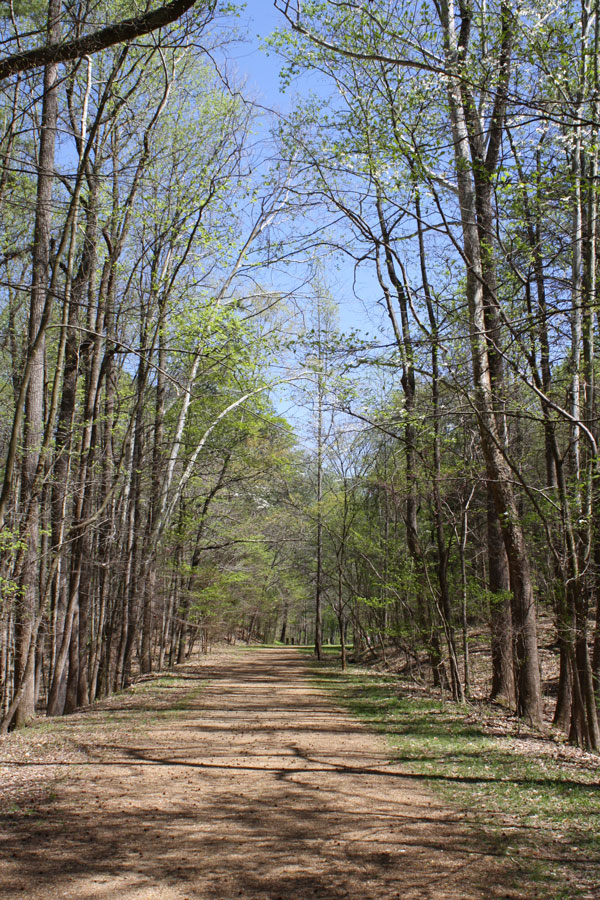 What is a little known fact or tip about your park that someone cannot find online? Although the park’s gates are closed at 5 pm, the grounds remain open until dark. Parking is available after 5pm at our lot on Old Battleground Avenue.

What is the most common question you get asked? “Where are the bathrooms?” 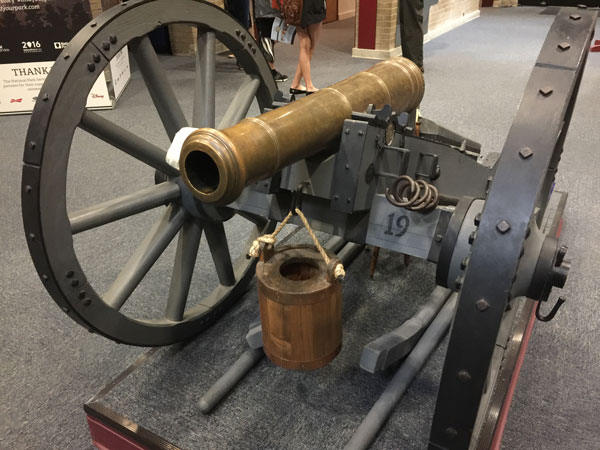 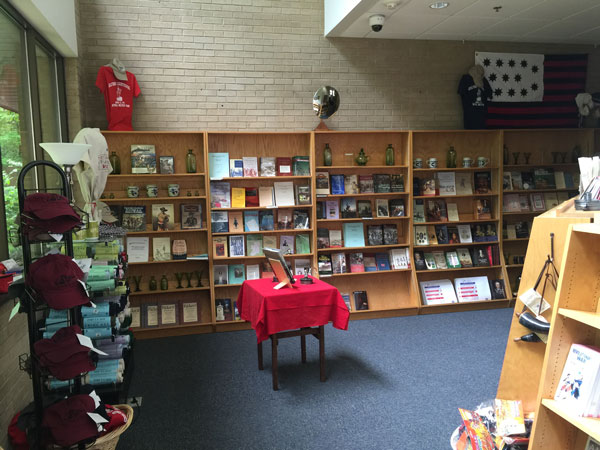 Now for the travel planning nitty gritty: Do you have restrooms at the visitor’s center? Are there food options? Is there a fee to enter your park? Is there a gift shop? There are no fees associated with visiting the park. Our restrooms are located in the visitor center, at the Colonial Heritage Center, and on the battlefield at Tour Stop 6. We have a gift shop/bookstore in the visitor center. No food or drinks are served in the park, but there are many options within a five minute drive from the park. 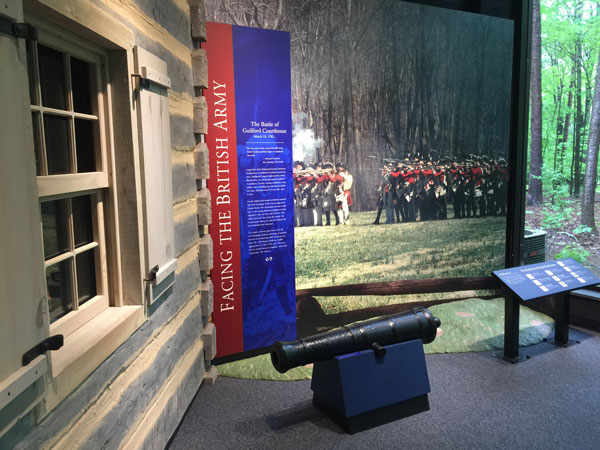 Why should someone visit your National Park site? As the first American Revolutionary War battlefield to be preserved by the Federal Government, we commemorate one of the most significant and pivotal battles of the American Revolutionary War, where lives were sacrificed for ideals that have shaped our nation today. It’s also just a great story, and worth remembering. 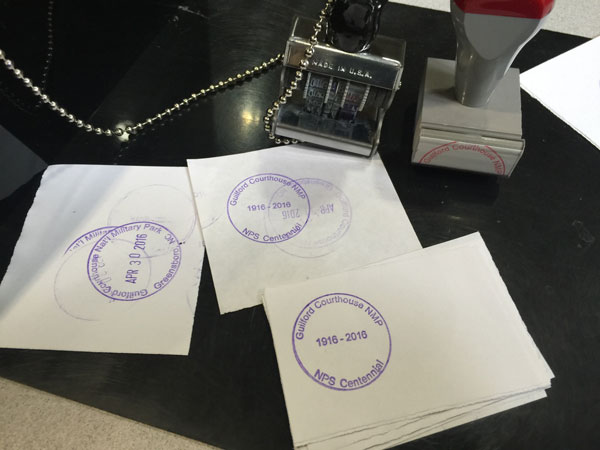 My family has visited Guilford Courthouse National Military Park twice and we still feel we haven’t seen it all. This National park unit is filled with historical monuments, an impressive museum, a very nice bookshop, and more American history than you can concume in one day!

Guilford Courthouse National Military Park Is also one of the great National Park units in my home state of North Carolina!

Learn about the “Must-See Spot” in each North Carolina National Park!

Have you visited the Guilford Courthouse National Military Park? Tell me about your experiences in the comments! Have a question about this park? Fire away in the comments and I will try to get it answered for you!

One thought on “Learn All About Guilford Courthouse National Military Park :: YoParks!”