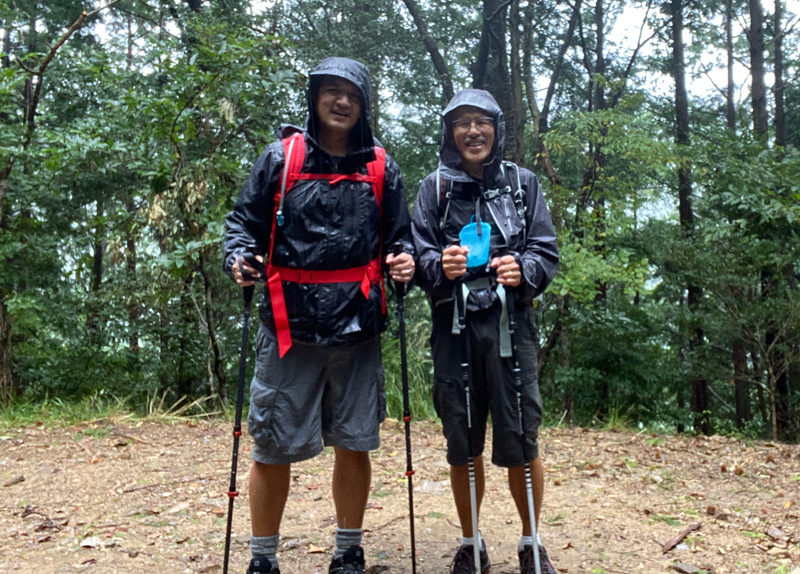 First things first: I wanna apologize for the length of this post but now that it’s been two months since I returned from my Kumano Kodo trip, I’ve had a lot of time to reflect and think very clearly about what I learned, about what I am still learning, and about some of the struggles of reentry after experiencing such a profound experience.

One of the most frequent questions that I get asked since I’ve returned is a very simple one: “how was it?” Unfortunately it’s a really, really difficult question to answer. The reason it’s difficult to answer is two-fold:

The first reason is… I don’t know. And the second reason is… I’m not sure you will understand.

I struggle with saying both of those statements. It’s pretty tough to spend over a year planning an adventure only to come home and not be able to fully articulate whether it achieved what it set out to do. (More on that later.) And it is also hard to tell someone who is genuinely curious and interested that they won’t possibly understand.

You shouldn’t take it personally. Like most pilgrimages, this trip was deeply personal and devoid of the typical benchmarks of a “Greg Ng” adventure. Even my Dad, who took every step that I did on this trip won’t ever fully understand the totality of the impact it has had on me. Although he could come closer than anyone else on this planet.

The fact that you can’t possibly understand is both incredibly exciting in it’s personal exclusiveness and equally frustrating in the fact that I’m struggling with finding a way to convey the immense impact. The fact is even though I am back in body, now, two months later, I am still on the journey.

I guess that really is the point of taking a deeply personal journey to find more meaning than just a stamp on my Passport. The frustration lies in my desire to create content around it. To take the internal log and archive it for public consumption. It is taken me this long to realize my struggles with producing something is due to the fact that it isn’t finished! Of course I’m struggling with publishing my photos! They still lack the proper context in which they were taken! Of course it has taken me up to now to put words on my blog of the impact: it’s still a garbled sticky messy inkling of a concept. Not a defined synopsis.

So when people ask me “what was the trip like?” or “how did I like it?” or “did I find what I was looking for?” I respond with surface truths.

It’s a very quick and easy answer but it’s not necessarily the full story. Things that are true is I ate some amazing things and I ate some weird things. I saw some beautiful things that I never thought I would see in person. I took some amazing photos. I was grateful for the time that I had with my dad and it was the type of break from the hustle and bustle of my daily life that I required. All of these things are absolutely true. I don’t quite know how to put into words yet what it really meant to me down deep in my core and I don’t know whether I will ever be able to bring that to the forefront to clearly describe what it means and that’s frustrating.

Just this past week I noticed that I had a little bit of a pain on my leg. It was a scab from a cut that I received while on the trail. We were on the trail on Day 3 hiking from Chikatsuyu to Hongu on the Nakahechi route and it was pouring rain the entire time. At one point we found a shelter where we could change our socks and eat lunch and I felt something itchy on my leg. I noticed that my leg was dripping with blood. I must have stepped on a branch and it snapped back up on my leg and cut me. There was no use putting a band-aid on it as the rain would just wash it right off so I cleaned it but left it exposed. It basically never healed the entire time I was there. On our last day in Japan, when spending the night in Osaka, I properly bandaged it up and it seemed to scab over shortly thereafter.

Eventually I forgot about it and went about my daily life. It wasn’t until just this week that I was reminded of it because I had some pain again probably due to the fact that it’s winter time and I wasn’t as diligent with putting lotion on my legs and it dried out and scabbed and maybe got a little infected. Yikes. This was sort of a blessing as it brought me back to the exact moment in time 2 months ago under the shelter on the trail. This has set off a bunch of dominoes in my mind of really trying to help define what I’m going through.

Here’s what I know to date. Here are my truths.

One of the biggest things I have taken from this journey is allowing myself to just be. I find myself not accomplishing things that I set out to do that day and I’m getting better at being ok about it.

This trip came 5 weeks after taking a new job and it was very fortuitous timing. My schedule shifted. My commute shifted. I as traveling a ton. I was working long hours. My entire routine in my previously structured and regulated day was thrown in a blender.

My trip changed my perspective. I switched from a personal expectation of achieving everything on my list every day to a “accomplish what I can today” type of attitude. This is still very much a work in progress…

Truth 2: Somethings are just for me.

I’m really happy about the photos I took while on the Kumano Kodo but the real hidden secret is there were thousands of moments that my Dad and I witnessed that I didn’t even bother to take my camera out for. There’s a great scene in the movie called The Secret Life of Walter Mitty in which Sean Penn’s character (who is a photographer) talks about how sometimes he doesn’t take that photo and he keeps that for himself.

This is a very interesting and new concept for me. I’m constantly trying to capture beautiful things that I’ve witnessed and publishing them for others to see. But on this trip I have thousands of moments that are just in my mind.

Truth 3: I have so much more to learn

I am a 44-year-old man and I still have lots to learn from my 70-year-old father. This is the first trip in which he and I existed as two adults going through a challenge as a duo where we challenged each other and discussed things at a way deeper level than I’ve ever had a chance to do in my entire life. And at some times, our father-son roles reversed. It was a time where my father learned from me and we came to a realization of what we contribute to the world and where our different perspectives are aligned and ways in which we differ.

This can’t possibly occur over the phone. And it can’t occur on trips where there are things to see and itineraries to stick to. It can only occur when you have an undeterminable amount of steps ahead of you and no one else but the world around you to listen to. To go through those physical and mental challenges together is a gift that the Kumano Kodo gave me and I’ll be forever grateful for it.